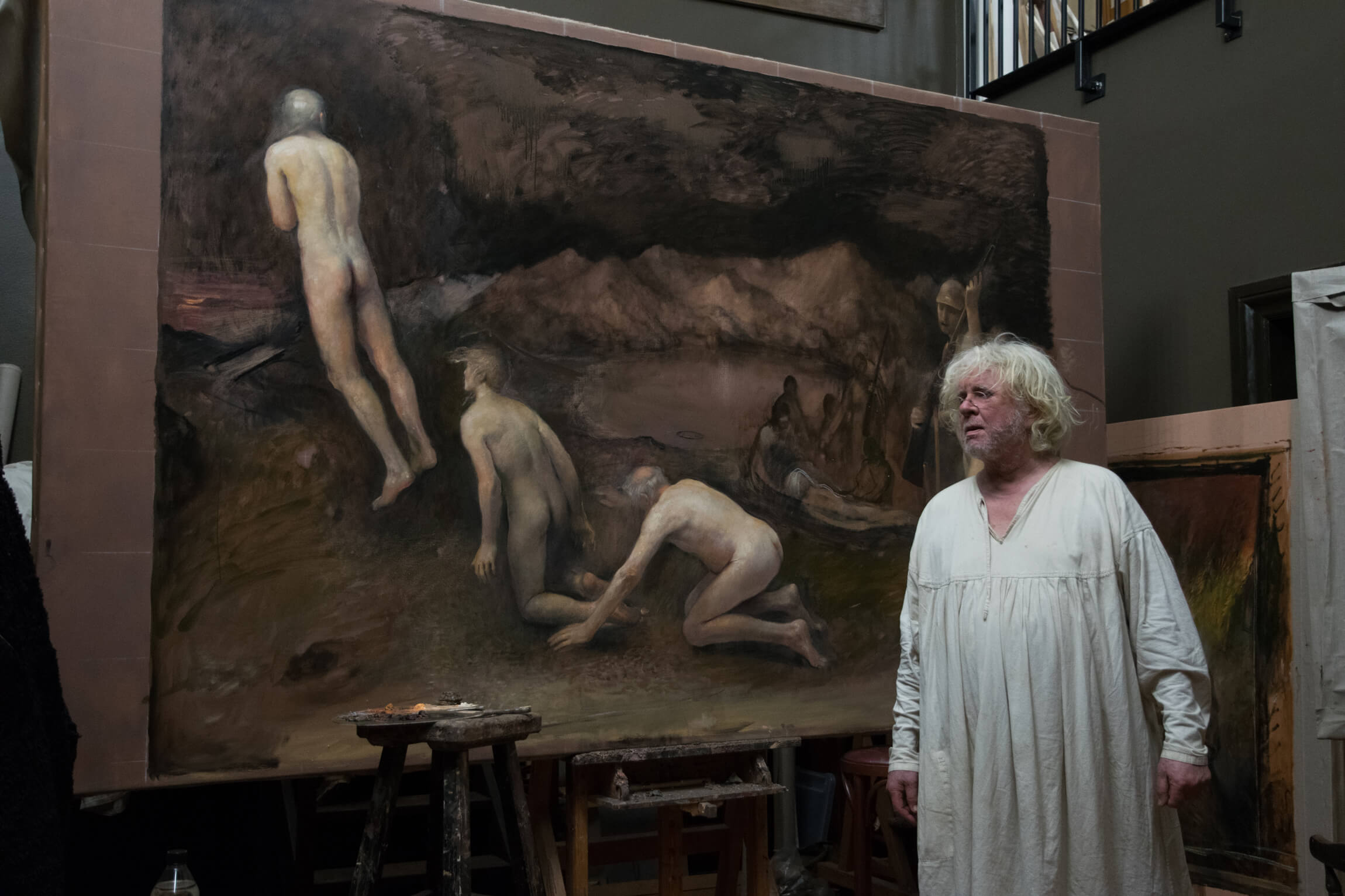 On the 18th of January, the exhibition “After the Flood” with new paintings by Odd Nerdrum opens to the public at Patrick Painter Gallery in Los Angeles. Including a selection of works from the last decade, the exhibition reveals that Nerdrum has sharpened his vision of man’s rebirth in the desolated landscaped. In his own words, he calls the motifs “hopelessly positive”.
– The fantastic thing about surviving something is the reawakening and the use of one’s head once again.

The actor Kristoffer Hivju, a good friend of Nerdrum, will attend the opening of the exhibition together with his wife Gry Molvær Hivju.
– When Odd comes to Hollywood, it is a meeting between the world’s greatest kitsch master and the world’s kitsch capital, says Kristoffer Hivju.

“Bight Nights” by Odd Nerdrum is one of 18 paintings that will be exhibited at Patrick Painter Gallery.

The gallerist, Patrick Painter, is known for his ability to acquire upcoming big names before the great museums.
– I have never shown a painter to which we had such a positive reaction from every single artist in the gallery as with Odd. While we’ve represented a number of extremely important artists, we have never had that kind of response.

The exhibition lasts until the 18th of February.

Selected works will be displayed at the Los Angeles Art Fair.

Nerdrum debuted in the United States in the early 1980s and has since exhibited regularly at American galleries. His paintings can be found in collections such as The Metropolitan Museum of Art in New York, San Diego Museum of Art and The De Young Museum in California.