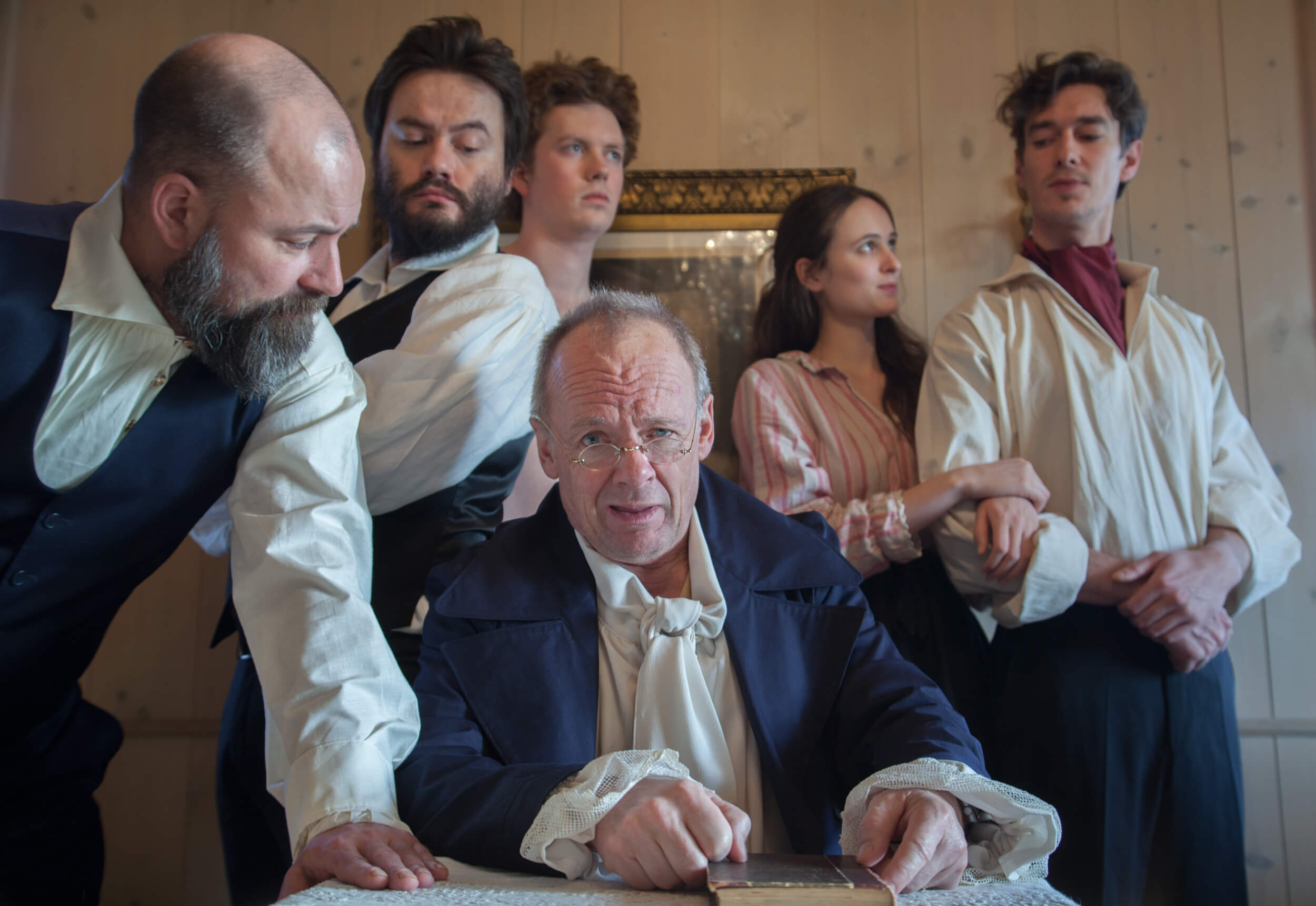 Odd Nerdrum’s controversial stageplay about Immanuel Kant to be performed for the first time in Norway
20. august, 2020

– Kant was a pioneer for the takeover of feelings in our culture, says Odd Nerdrum, surrounded in his studio by the theatre group which is about to stage The Last Days of Immanuel Kant in Norway for the first time, almost twenty years after the play was published in book form (Immanuel Kants siste dager, 2003).

The play was scheduled to be performed at the National Theatre in Oslo that very same year, but according to Kristofer Hivju, the publication sparked controversy due to Nerdrum’s unacademic portrayal of Kant, and in consequence, the performance was canceled.

A year later, Hivju (as van Meegeren) and Jan Haarstad (as Kant) produced a radio drama based on the play. The stage play was performed for the first time in Malmö, Sweden in 2007.

In 2019, Odd Nerdrum’s daughter, Aftur, decided to take the task into her own hands and stage the performance of The Last Days of Immanuel Kant for the first time in Norway.
– I grew up with this play, she says. – I listened to it over and over and thought to myself: this is fantastic! It doesn’t bore me for a second. Why has this play not been performed before?

Jonathan Chedeville and Aftur Nerdrum during a rehearsal as Adolf Lenke and Kant’s maid.

Just like Ebenezer Scrooge, the national romantic philosopher Immanuel Kant is confronted with the sins of the past when Han Van Meegeren’s ghost shows up in his house in the middle of the night.

Suddenly, Kant finds himself in a situation where he is forced to take a stand on his mystical ideas about art and his forbidden, homoerotic longings. An inner conflict between the bourgeois, christian ethics and primal, human impulses are recurring themes throughout the play.

“The Last Days of Immanuel Kant” challenges the academic, elite view of the German thinker’s philosophy, whose legacy is still disputed: Was he a champion of reason or the all-destroyer?